The Sort of Giving that Gets God Excited

Well, my last blog post – Why I Don’t Believe in Tithing – certainly set the cat amongst the pigeons, with some lively discussion to and fro – which is awesome. Some people of course remain unconvinced – they see tithing as an important part of being a Christian.

I don’t, because I believe that grace opens the door to a whole new level of giving. A “New Covenant” alternative if you like, to the legalism of the tithe. Here’s what I’m talking about …

The Hangover of the Law

Back in the first century, when most Christians were Jewish – it seemed obvious to those early Christians that some elements of the law should be brought on over from Judaism into Christianity. One of those – believe it or not – was circumcision (ouch!).  I mean, God’s people had always been circumcised so it was as plain on the nose on your face, that Christians should continue the practice.

You foolish Galatians! Who has bewitched you? It was before your eyes that Jesus Christ was publicly exhibited as crucified! The only thing I want to learn from you is this: Did you receive the Spirit by doing the works of the law or by believing what you heard? Are you so foolish? Having started with the Spirit, are you now ending with the flesh? Did you experience so much for nothing? —if it really was for nothing. Well then, does God supply you with the Spirit and work miracles among you by your doing the works of the law, or by your believing what you heard? (Gal 3:1-5)

For in Christ Jesus neither circumcision nor uncircumcision counts for anything; the only thing that counts is faith working through love. You were running well; who prevented you from obeying the truth? Such persuasion does not come from the one who calls you. A little yeast leavens the whole batch of dough. I am confident about you in the Lord that you will not think otherwise. But whoever it is that is confusing you will pay the penalty.  But my friends, why am I still being persecuted if I am still preaching circumcision? In that case the offense of the cross has been removed. I wish those who unsettle you would castrate themselves! (Gal 5:6-12)

Pretty strong words – to the readers, circumcision was obvious. To Paul – grace trumped the obvious.

So, what’s the alternative? Simple. The New Testament teaches us that God isn’t interested in a 10% tip. God wants the lot:

Jesus looked up and saw rich people putting their gifts into the treasury; he also saw a poor widow put in two small copper coins. He said, “Truly I tell you, this poor widow has put in more than all of them; for all of them have contributed out of their abundance, but she out of her poverty has put in all she had to live on.”

It seems that God isn’t all that interested in how much we give. The thing that he sees is what it costs us.

Seems to me that the New Testament teaches an “all in” approach. It’s way, way, way more challenging than a mere tithe. But that’s okay, because under the New Covenant, God has poured His Spirit into our hearts, to give us the power to take this all-in approach.

So What’s the Sort of Giving that Excites God?

It’s the couple who take the God-first decision to sell their home so that they can buy a more modest dwelling in a lesser suburb, in order to put their finances on a missional footing.

It’s the man who was pastoring a large, successful church (with a comfortable income to boot) who leaves it all behind, in order to follow God’s call into an ailing church in a small, poor town that may not be able to pay him at all.

It’s the woman who takes the $350 that she’s been scrimping and saving for months now to spend on some new clothes, who gives it to a family in her church who’s struggling to make their next car payment.

When it comes to tithing, I’m with James L Kraft, the Canadian who founded the massive Kraft foods empire, who said: 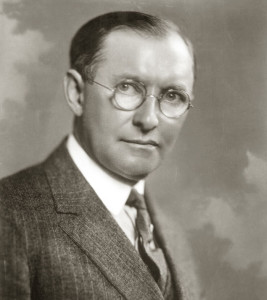 I don’t believe in tithing, but I guess it’s not a bad place to start.

For freedom Christ has set you free. Stand firm, therefore, and do not submit again to the yoke of slavery! (Gal 5:1)

Again, here’s the message that I preached recently on this subject. Let me encourage you to receive the Word of God, when it comes to your giving.

Why I Don’t Believe in Tithing

Discover the Answer to Your Money Worries

An Unsettling Story About Money

When Finances are Tight, It’s Time for a Budget

One Step Forward, Two Steps Back
What to do When Things Don't Go to Plan
How will your epitaph read?
Christmas - Cancel or Celebrate?
Berni Responds to Bartlet in the West Wing Theology Challenge
Christmas - A Family Affair?