Categories Menu
Home » Discipleship » How will your epitaph read? 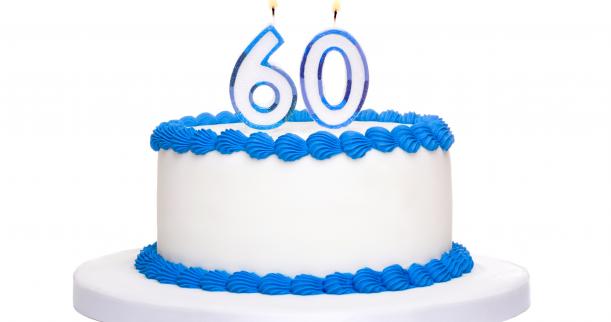 How will your epitaph read?

There’s an interesting question. When you’re dead and gone and they put an epitaph on your headstone, what will it say?

I was at a 60th birthday party recently.  Not quite the same as a funeral, but it was nevertheless a time when family and friends stood up and eulogised – literally “spoke well of” – the birthday boy, David. A lot of it was humorous, but there was one thing that one of his sons said about dad, that hit me between the eyes:

He’s always looking for the best way to do the most good he can.

Would you be happy with that as an epitaph? Yeah, me too!

And in my experience of the man, David is indeed always looking to see how his gifts and abilities, his resources and his time can be put to the best use for God’s glory to do the most good possible. He never seems frenetic or stressed about it. Not at all. It’s just how he seems to live his life.

Now by the world’s standards, David has had great success in his life – he’s “made it” as they’d say (not without great trials and a lot of hard work along the way of course). And yet, as he shared with us when he spoke, even as a believer in and follower of Jesus Christ, a few years back he realised he’d at least in part been defining his life through his success, through his net worth, through what he drove and where he lived … and so he decided to do something about it.

He decided to take what God had given him and to “leverage” that into growing the kingdom of God. He sold his company and moved the proceeds into a trust fund which these days supports well over 100 projects in advancing the Kingdom of God.

I remember when I first became a Christian, and someone spoke to me about “tithing” – this notion of giving 10% of your income to God’s work – I was totally outraged.

Ten percent?!!  They had to be kidding! (Back then I was earning rather a lot, and so 10% seemed rather a lot to give away!)

James L. Kraft, the Canadian founder of the Kraft Foods empire who also happened to be a disciple of Jesus, is reputed once to have said:

I don’t believe in tithing, but I suppose it’s not a bad place to start.

But according to Jesus … you and I too … have rather a lot to give away.

You may be familiar with the parable of the talents told by Jesus – when the Master gave three servants some money to invest on his behalf – to one he gave 5 talents, to another 2 talents and to another 1 talent according to their ability.  The parable speaks into what we do with our lives – whether we invest them or waste them (go on, click on the link and have another read.)

But unless we know how much a talent was worth, we can end up missing the whole point of the story.

A talent, was 15 years’ wages for a labourer.  So even the servant who received just the 1 talent, was entrusted with … rather a lot, wouldn’t you say?

And let’s be honest, when we each consider our gifts, our abilities, our creativity … as well as our physical resources, then come on, we’ve each been given rather a lot.

In Jesus’ story, to the ones who’d invested wisely the Master said:

Well done, good and faithful servant! You were faithful over a few things; I will put you in charge of many things. Share your master’s joy!

But listen, just listen to what he had to say to the one who wasted the opportunity to “look for the best way to do the most good he could”:

You evil, lazy servant!  … you should have deposited my money with the bankers. And when I returned I would have received my money back with interest. So take the talent from him and give it to the one who has 10 talents. For to everyone who has, more will be given, and he will have more than enough. But from the one who does not have, even what he has will be taken away from him. And throw this good-for-nothing servant into the outer darkness. In that place there will be weeping and gnashing of teeth.

Turns out that for Jesus, life is either an investment… or a waste. And a wasted life is such a tragedy don’t you think?

So let me ask you again … what will your epitaph read?

I Can't Get No Satisfaction
Did Rick Warren Get it Wrong with Elton John?
Christ is Risen ... or is He?
Mother's Day - She Wants More Than Flowers
The Smart Way to Avoid Unnecessary Arguments
Honest Answers #1 How Often Do You Read Your Bible?